Vine growing and wine making tradition all over the Piedmont Region started in the Roman Times and developed through the following centuries with a steady increase in rural settlements. In the Middle Ages an Augustinian Convent built in our province was dedicated to St John Inside Vineyards (Sanctus Johannes Intus Vineis), showing the remarkable spread of viticulture in the area. It is a matter of fact that the Ioppas have been farmers and wine makers for centuries, and this is definitely proved by a Purchase of Land Act dating back to 1852.

The document states that Michelangelo Ioppa bought the best vineyard land in the local hills (including Balsina vineyards), still grown nowadays, and declared his firm commitment to grape growing and wine making. The document of historical value is carefully stored in our family archives. 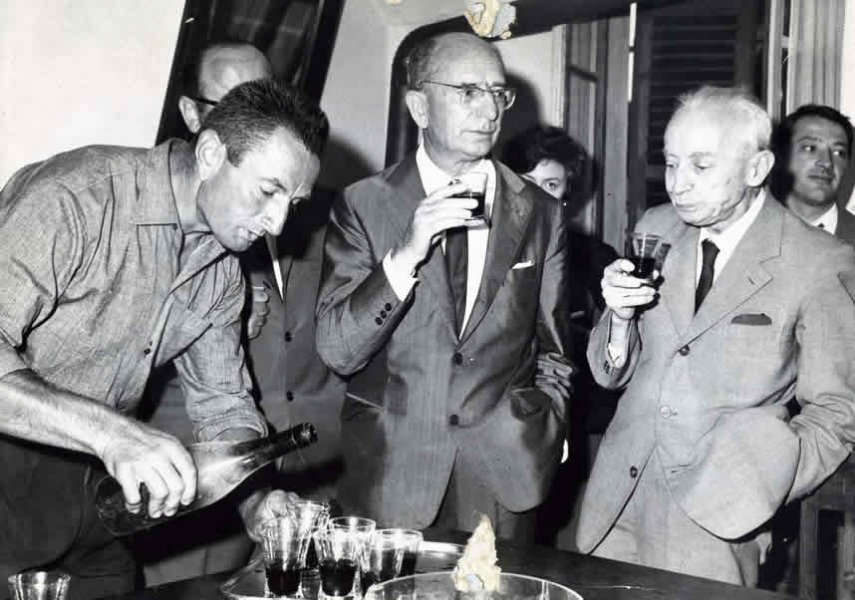 Pietro Ioppa, 5th generation, gave a further decisive boost to the family business. In 1966 he invited Dr. Pier Giovanni Garoglio, Oenologist and University Professor with a prominent international reputation, and Dr. Giovanni Dalmasso,
Professor of Viticulture at Turin University, to taste his wines and, consequently, Romagnano Sesia was included in the raise of quality standards for Ghemme Wine area. In 1968 Pietro Ioppa was one of the promoters when Ghemme Wine was finally awarded the DOC label, upgraded to DOCG label in 1996. Last but not least, he expanded the Winery in 1974.

Brothers Gianpiero and Giorgio Ioppa are the 6th generation and carry on the hard work done by their father. They helped to obtain the DOCG label for Ghemme Wine in 1996, and up to now they have tripled the size of their estate to over 20 ha and built the new cutting-edge facility in Frazione Mauletta, on the outskirts of Romagnano Sesia. Andrea, Marco and Luca Ioppa joined the family business a few years ago and are proud to be the 7th generation.

This pictures shows Pierino Ioppa with the oenologist Garolio and viticultural professor Dalmasso.
The three of them are busy tasting the wine from Romagnano to testify to the fact that this deserved to be a Ghemme D.O.C.
Romagnano Sesia 1966